The Pen Tool uses a technique called curve fitting to create a smooth curve from a freehand path that is drawn by using a Click/Drag combination to drag the tool to desired points on the drawing canvas. 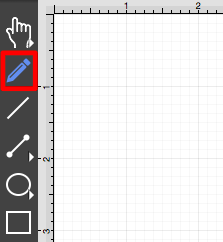 To use the tool, simply select it, and then draw a freehand path by using a Click/Drag combination to maneuver the pen. The Pen Tool converts the drawn path into a smooth curve once the click action is released. The following figure illustrates what a curve looks like when drawn by hand, and then what it looks like after the Pen Tool has created the curve. 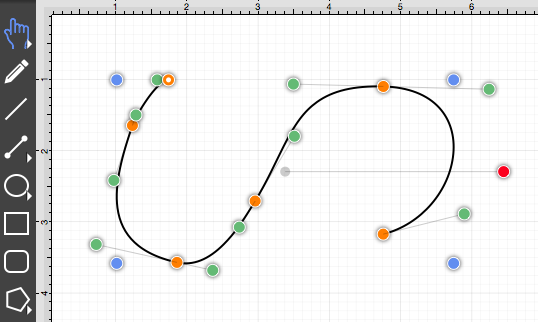 The Pen Tool can create shapes instead of paths by using the Shift key in conjunction with the pen tool. Holding down the Shift key during shape (path) drawing creates a closed shape instead of an open path.